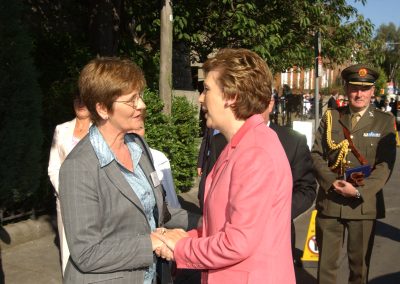 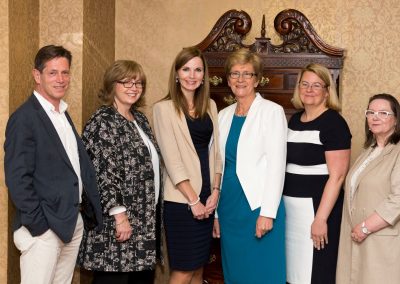 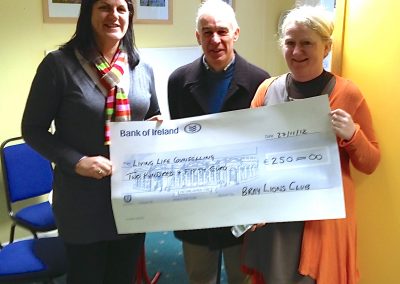 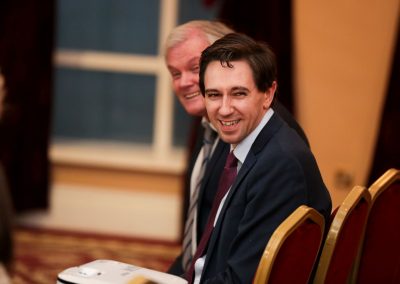 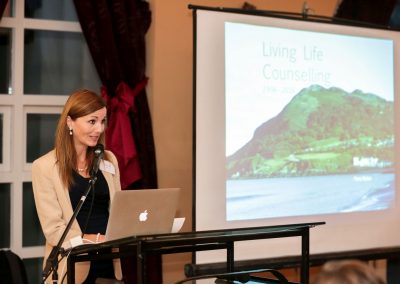 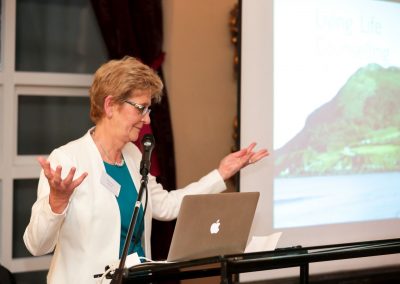 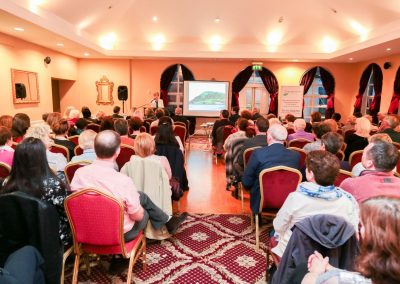 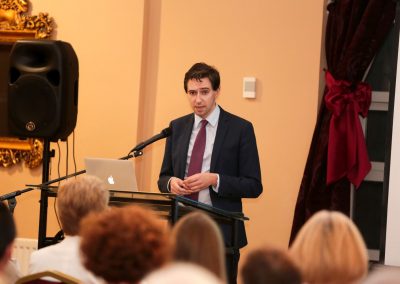 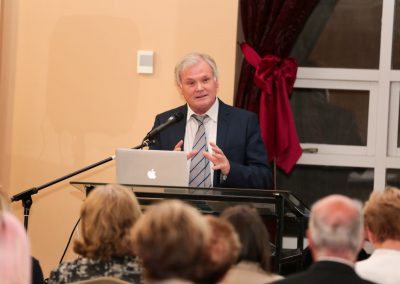 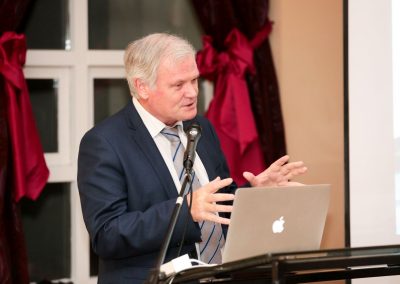 In September 1996 Sr. Christina Goodman, Rev. Stewart Morris, and Mrs Heather Brown founded Living Life Voluntary Counselling Centre in Bray. A premises was provided by the Methodist Church and a steady stream of local men and women began to receive counselling from professionals who offered their services on a voluntary basis. In 2001, a new centre was opened in Dun Laoghaire to cater for the growing demand for low-cost counselling in the region.

The possibility of joining the FAS-sponsored Social Economy Programme was proposed to the Board of Living Life in early 2002. Incorporation as a separate legal entity (in this case a company limited by guarantee) was a prerequisite of receiving funding through this programme and this took place in May 2002. The Living Life Voluntary Counselling Centre Limited began a new life as a Social Economy Enterprise with effect from the 26th of August 2002. Charitable status was granted in February 2004 (No. CHY15284).

Over time Living Life became aware of the lack of counselling services in the Arklow area. Consequently, when an opportunity became available to open a small service in the town the Centre did not hesitate, commencing a small satellite service there in the spring of 2004.

Our work would not be possible without the generous support we receive from: 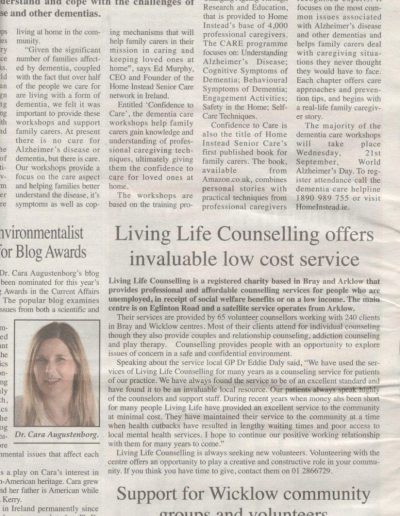 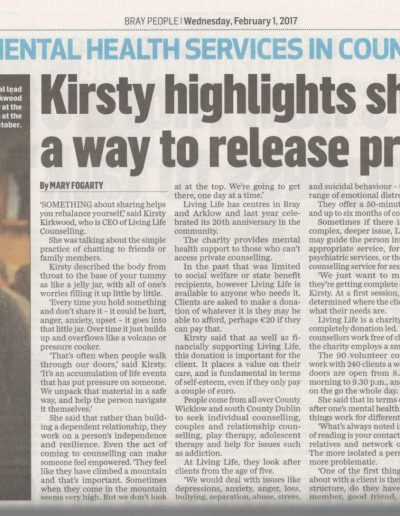 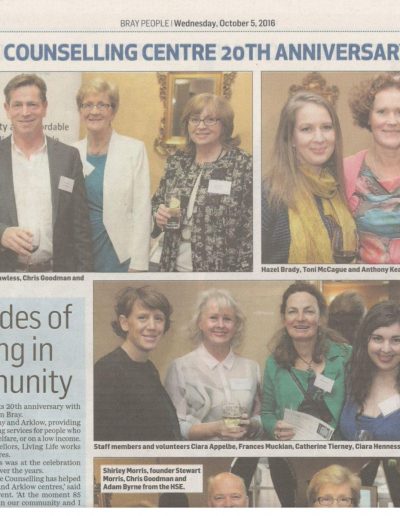 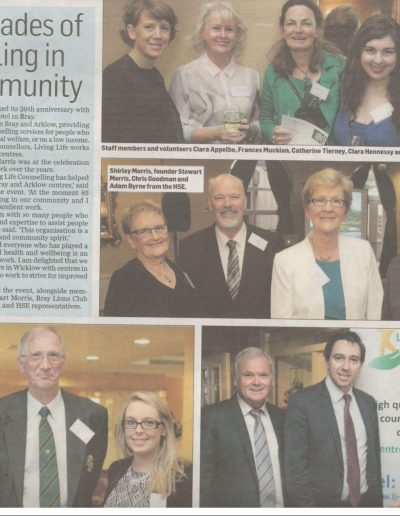 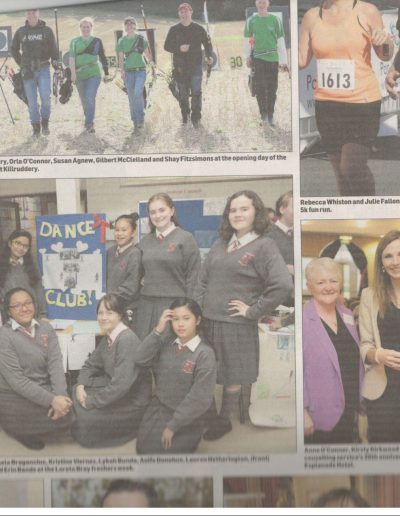 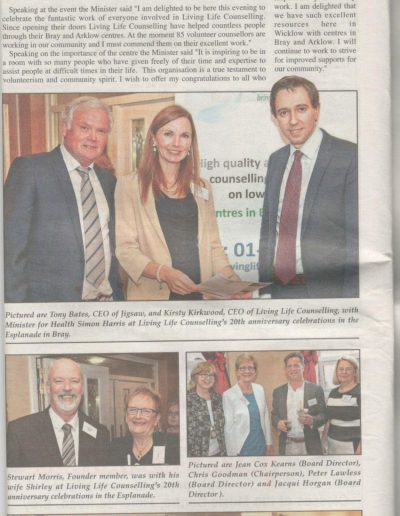 “The help and support I received here with Ann were incredibly healing and has given me the understanding and tools I was desperately looking for. Without this service, I know myself that I would have spiralled into a really bad place. I would have been very lost without the incredible work that you all do here. I have done 24 sessions with Ann. She has given me so much of her time, gone above and beyond, provided not only professional environment but a nurturing one at the same time. I am indebted for all the work she put into me, and the rewards I get to reap.” (24 Feb)

“Living Life has given me so much help and my counsellor Aisling has been amazing. She has taught me so much about my anxiety and has given me tools to help cope, with it, and it has really worked. I feel fantastic and positive now. Thanks so much Aisling and the team.” (21 Mar)

“From the first phone call, my experience at Living Life Counselling has been wonderful. It has supported me through a difficult time. It was there when I could not find nor afford anything else. Thank you.” (19 Jun)

“Only that it was a great experience for me, it was a major help and Mary was a lovely counsellor to have, set me at ease.” (28 Jun)

“I am glad I came here, and I found the whole experience very positive. Many thanks.” (5 Dec)

“Jenny was an amazing counsellor. So kind, caring, very easy to talk to. Really enjoyed her company. Thank you so much.” (6 Dec)

“I would recommend Living Life Counselling and have done.” (18 Dec)

We use cookies on our website to give you the most relevant experience by remembering your preferences and repeat visits. By clicking “Accept”, you consent to the use of ALL the cookies.
Cookie settingsACCEPT
Manage consent

This website uses cookies to improve your experience while you navigate through the website. Out of these, the cookies that are categorized as necessary are stored on your browser as they are essential for the working of basic functionalities of the website. We also use third-party cookies that help us analyze and understand how you use this website. These cookies will be stored in your browser only with your consent. You also have the option to opt-out of these cookies. But opting out of some of these cookies may affect your browsing experience.
Necessary Always Enabled
Necessary cookies are absolutely essential for the website to function properly. These cookies ensure basic functionalities and security features of the website, anonymously.
Functional
Functional cookies help to perform certain functionalities like sharing the content of the website on social media platforms, collect feedbacks, and other third-party features.
Performance
Performance cookies are used to understand and analyze the key performance indexes of the website which helps in delivering a better user experience for the visitors.
Analytics
Analytical cookies are used to understand how visitors interact with the website. These cookies help provide information on metrics the number of visitors, bounce rate, traffic source, etc.
Advertisement
Advertisement cookies are used to provide visitors with relevant ads and marketing campaigns. These cookies track visitors across websites and collect information to provide customized ads.
Others
Other uncategorized cookies are those that are being analyzed and have not been classified into a category as yet.
SAVE & ACCEPT